Simplicity Works's new technique for manufacturing footwear paves the way for re-locating its production in Spain. The Alicante-based company's commitment has the twofold value of investing in R&D&I and returning to local production

The Spanish footwear industry has a bright new future ahead thanks to the initiative of companies like Simplicity Works. The Spanish company has spent over seven years developing a footwear manufacturing technique based on 3D printing that reduces production and distribution costs and is based on criteria of sustainability, and which is completely revolutionizing the trends in the sector.

In 2016, the 3D Bonding project, through ICEX-Invest in Spain, benefited from support from the European Regional Development Fund (ERDF). It is based on a new technological process that allows the manufacture of three-dimensional objects by thermoplastic injection. Before footwear, it had already been applied in the sportswear, automotive and furniture sectors. The importance of the new footwear application can be deduced from the location of the company itself, in the Miguel Hernández University science and technology park in Elche (Alicante), the cradle of the Spanish footwear industry.

Deglobalization is not a new term; the return to local production has been a topic of discussion in corporate and university circles for months. This trend has unquestionably received a major boost from the situation caused by the Covid-19 pandemic. A couple of weeks before the lockdown began, the newspaper La Vanguardia referred to a report by the EAE Business School announcing that 80% of multinationals had plans to repatriate their production.

As has been shown by the pandemic and is underlined by Marcelo Leporati, the author of the report, this is because: “Many companies have seen how they can be affected by the slightest disruption in the international value chain”. In its LinkedIn profile, the Alicante-based company responded to this article by stating categorically: “They say that relocation (a return to production in local areas) will take 12 years. With our 3D Bonding technology we can achieve this in much less time. We can produce shoes in Europe more economically than in a traditional factory located in Asia”.

Benefits of relocation
As Simplicity Works explains on its website, there are many benefits to returning to local production in the footwear industry, and these advantages result in the creation of value for the customer. In the first place, the 3D Bonding process reduces the human participation in production by 75%, which was the main reason that led to the delocalization of this industry. And paradoxically, it could represent a strong boost for local employment.

The new process also halves the volume of materials used and reduces energy consumption by 30%, while avoiding the consumption of large quantities of fuel required for long-distance transportation. In summary, it enables easier, faster and cheaper production and improves the quality of the end product without increasing its price.

Simplifying a complex process
The intense work of R&D&I developed by Simplicity Works in Elche has been supported by technology partners from Germany, France, Portugal and United States. The result has been the simplification of the complex process of manufacturing footwear. The 3D Bonding technology involves placing the materials in a three-dimensional mold and then joining the pieces using an injection of polymer, thereby eliminating most of the manual work required to perform the over 80 steps that the Spanish company has now succeeded in carrying out simultaneously.

In short, as the company says on its website: “We represent the new generation that demonstrates that a more respectful and committed relationship between factories, companies, industry, human being and the planet is possible. The generations of the future are already demanding it”.

25 years' experience in footwear manufacturing
Behind a great idea like 3D Bonding there is a serious commitment to innovation, sustainability and the relocation of production. Three ideas that have certainly inspired the work of Adrián Hernández, CEO of Simplicity Works and founder of the company together with Christopher Banus. Hernández has been involved with the footwear industry for 25 years, a track record that is borne out by the fact that in the last five years alone he has patented 14 processes and tools.

For better or for worse, the coronavirus pandemic has come at a time when a company with Spanish origins like Simplicity Works was fully prepared to respond to one of its most important consequences: the lack of supply due to the delocalization of production. “Now more than ever we realize how important it is to be able to produce "basic needs" products in your own country”, explains the company on its LinkedIn profile. 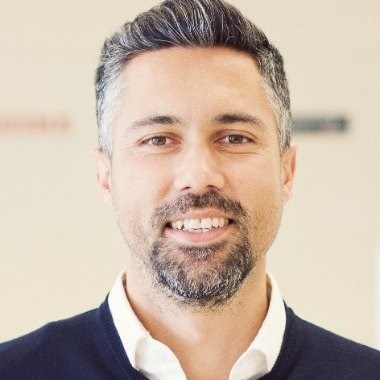