Knok Healthcare responded to the crisis caused by the Covid-19 pandemic by offering free video consultations in the primary healthcare sector. In 2017 it was selected by Rising Startup Spain, and the following year was named one of the most innovative projects by the magazine Wired

In the area of digitization, medicine is one of the sectors that has had to transform most radically to meet users' new needs. Knok Healthcare was established in Portugal at the end of 2015, and was a proposal for home-based medical care which a few months later became a video consultancy system. The system reverses the concept of in-person visits to the doctor with long waiting times followed by a few brief minutes with the consultant, and offers a videoconference in which the doctor is not limited by time and the only objective is to offer the right diagnosis.

A little over one year later, in early 2017, Knok Healthcare brought its proposal to Spain, where it was well received: that same year it was one of the companies selected in the second edition of Rising Startup Spain, a program created by ICEX-Invest in Spain to increase the attraction of international talent and innovative business models that contribute to enriching the Spanish entrepreneurial ecosystem.

International expansion
One of the objectives in which Knok invested the 337,000 euros it had raised in a seed capital round in November 2016 was its arrival in Spain and the United Kingdom. This was one of the first international successes of José Bastos, founder and CEO of the Portuguese startup, who explained at the time: “It’s a great step towards our goal of providing top quality, personalized and affordable healthcare, whilst also providing a source of additional compensation for junior doctors who are often poorly paid by existing service providers”.

Its recognition in the Rising Startup Spain program helped the company expand in Spain, where it became the first app in the sector offering coverage on the whole of the Iberian Peninsula. Fundamentally aimed at children, older people, and patients with chronic ailments, ICEX-Invest in Spain also provided it with a free treatment space, specialized mentoring adapted to its needs and financial aid of 10,000 euros.

Commitment to society
Since its beginnings, Knok Healthcare featured on several lists that highlighted it as a very attractive investment option and one of the most innovative projects worldwide for its capacity to revolutionize healthcare services. Users have also rewarded the company with their opinions of the care they have received.

In response, when the coronavirus crisis began, Knok Healthcare immediately stepped up to offer its help in the best way it knew: with free consultations. On March 20 it made a brief announcement on its Twitter account: “In response to the crisis, Knok is offering free primary healthcare through video consultations”.

190 volunteer doctors
To implement this assistance project, Knok set up the free service Knok4good, which has featured the participation of 190 volunteer doctors in different specialties. The idea arose from a Portuguese initiative, Tech4covid19, which brought together startups in Portugal to support its national healthcare system during the crisis.

Knok essentially focuses on cities with a high population density. It currently also offers its services in Brazil and Italy, and is planning further international expansion – with the Middle East as its next objective –, for which it received 61,000 euros from the ERDF funds in 2018. 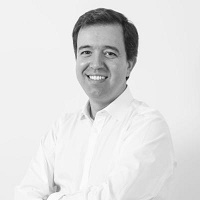