Canvax Biotech is the only company in Spain that is prepared to produce the reagents necessary for the detection of COVID-19. Since mid-March, two Madrid hospitals have been using its reagents for PCR tests on their patients

The fight against the SARS-CoV-2 coronavirus found its way into numerous laboratories and taken priority over all other current research. Some companies like Canvax Biotech are more prepared to work in the field of diagnosis; this small company based in Cordoba is the only one in Spain in a position to produce the necessary reagent to carry out the PCR tests for detecting COVID-19.

The newspaper ABC announced the news on April 10: the Cordoba-based company was negotiating with the Andalusian government and the central government to become the provider of the reagents necessary to carry out the PCR tests, the most reliable technique for detecting whether a person has the coronavirus. This was revealed by Elier Paz, CEO of Canvax Biotech himself, in declarations to the paper.

Production capacity
The newspaper Cordoba also carried the story, and on April 21 reported that for the last month Canvax had been supplying reagents to the Reina Sofía hospital and the Jiménez Díaz Foundation in Madrid. It has a production capacity of 10,000 units a day, although this can be increased in response to demand. As explained in the paper, on that date during the healthcare crisis it had already supplied 120,000 units to several European countries.

At the end of May eldiario.es reported that the Medications Agency was processing the certification of Canvax Biotech's viral RNA extraction kit for the diagnosis of coronavirus. This online media outlet highlighted that the scarcity of this reagent has until now created a bottleneck that made it impossible to carry out more diagnoses.

Reliability of the results
On May 7 the company obtained approval from the Carlos III Institute due to the reliability of its results, and one week later the manufacturing licensing process in the Medications Agency began. According to sources quoted by eldiario.es, this request will receive “the necessary priority to be able to streamline the process without compromising the safety and reliability of the product”.

Founded in 2001 in Cordoba, Canvax Biotech currently has ten patents, the result of its intensive work in R&D in the field of molecular and cellular biology. Its business areas involve the development of both drugs and pharmaceutical products, reagents, biosensors and a “molecular nose” (molecular sensors that detect cancer through smell). Its catalog currently features over 450 products based on molecular biology.

Reaction to the pandemic
When the pandemic was declared, the company assumed its capacity to fight against coronavirus “as a leading and original manufacturer of the most innovative molecular and cellular biology reagents”. Canvax highlights that its work guarantees high quality, offers a significant cost savings in comparison with other suppliers, and is carried out by an experienced team with a track record of over 20 years of practice on average.

In its laboratory, with an area of 1,500 square meters, it has developed three one-step coronavirus detection kits, four extraction kits and seven related enzymes and reagents.

In September, Canvax Biotech received economic aid from Invest in Spain’s technology fund, which had been called to support companies with foreign participation that develop R&D&I projects in Spain. Canvax obtained 139,487 euros for its project, which allowed it to maintain several jobs and create another two new ones. 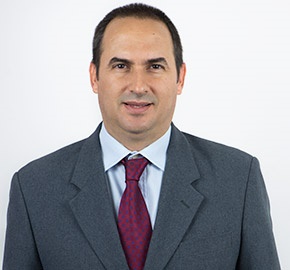