Destina Genomics has requested European funding to develop a rapid and reliable test for the detection of COVID-19. The project will allow the company to increase its workforce from 10 to 25 in the Health Technology Park (PTS) in Granada

Disease detection tests have hit the headlines in recent months due to the coronavirus crisis. The reliability, scarcity and price of these kits are among the concerns that have been conveyed to public opinion through the media. Meanwhile, companies in the medical and biotechnology sectors our working to come up with a response to the new requirements.

One of the first companies in Spain that set out to find a solution to the problem was Destina Genomics, which since 2012 has operated out of Granada’s Health Technology Park (PTS). The company had been created two years earlier as a spin-off from Edinburgh University.

Rapid detection of the virus
The aim of Destina Genomics, the British company’s Spanish subsidiary, is to develop various tests that help diagnose certain diseases and rapidly detect the presence of bacteria and pathogenic viruses. In 2014 it received funding from ICEX-Invest in Spain's grants program, within the framework of the Technology Fund. Thanks to this aid, it installed part of its R&D&I activity in Granada, and began collaborating with Spanish partners who over time acquired a stake in its equity.

Specifically, as a result of its installation in Andalusia, in 2015 the company successfully closed a funding round of 1.2 million euros. The goal was to develop its technology to accelerate a long-term growth plan and launch its diagnostic tests on the market. This R&D&I task was assigned to the Spanish subsidiary, which focused on the application and validation of its technologies.

Cheap and accurate tools
One of the aspirations of Destina Genomics is to offer cheaper and more precise tools than those that are currently available on the market. In this line, last April 13 the newspaper Granada Hoy listed all the projects by companies established in the Andalusian province to tackle the threat of coronavirus, and referred to Destina’s response in the following terms: “A fast molecular test that allows the molecular identification of SARS-CoV-2 directly from biological fluids without RNA extraction or amplification”.

On May 28, the Ser radio station reported on the progress of this project. According to this information, the new test will be as reliable as the PCR but cheaper and faster and with no supply problems. According to the broadcaster, in order to advance in its development, Destina had requested one and a half million euros in European funding, with which it would also increase its workforce from the current ten employees to 25 over the next two years. According to the Ser, the test could be ready in 12 months, and can also be applied to the detection of other viruses.

Other research
At the same time as it moves forward in the development of this new test, Destina continues working on its usual lines, with technologies such as DGL-Tech, which allows the detection of nucleic acids and their mutations, and their derivative ChemiRNA, which directly detects and quantifies the miRNA from bodily fluids. miRNA are small RNA that act as biomarkers for clinical diagnosis and prognosis for a range of diseases.

The Spanish-British company is also working on developing a rotating tube for nucleic acid tests, based on their DGL-Tech. Its main benefits are its ease-of-use and its low price. Destina has a global and exclusive license from Edinburgh University for the use of the SMART-Base patents for the analysis of nucleic acid. It also has other patents for the development of its research.

In its laboratory, with an area of 1,500 square meters, it has developed three one-step coronavirus detection kits, four extraction kits and seven related enzymes and reagents.

In September, Canvax Biotech received economic aid from Invest in Spain’s technology fund, which had been called to support companies with foreign participation that develop R&D&I projects in Spain. Canvax obtained 139,487 euros for its project, which allowed it to maintain several jobs and create another two new ones. 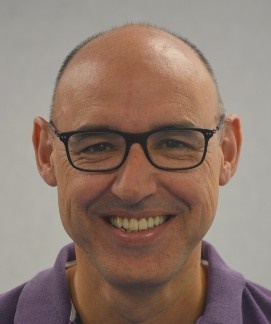