Website
From 17 to 25 May, it will be held the 75th Cannes Film Festival, the most prestigious in the world, and its Marché du Film, one of the most anticipated by the film industry. 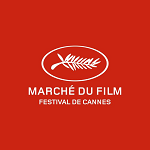 In addition, there will be a virtual pavilion with, in addition to the information on these companies and entities, a projection room to watch Spanish news online, promote the 'Spain AV Hub' plan and reinforce the Shooting in Spain message.

To complete this offer, the conference 'Spain Audiovisual Bureau | Your centralized info point to shooting in Spain‘⁠ will be held on 22 May, in which Javier Yraola, Miriam Fernández and Eva-Julia Hernández from ICEX-Invest in Spain and Teresa Azcona from the Spain Film Commission will participate. The conference can be followed in person at the Marina Stage (Riviera) and online.

Taking place on 18-22 July, Farnborough Air Show will host leading innovators from the aerospace, aviation and defence industries and beyond.