The Spanish automotive industry represents 10% of Spain’s GDP and 18% of total exports.

The automotive industry generates a significant amount of employment: nearly 2 million jobs are linked to this industry, and of those, 300,000 are direct.

The industry (assembly and the automotive supplier sector) invests on average an estimated at €4 bn a year in expanding and modernizing plants. In 2019, the vehicle manufacturing industry saw €2.7 billion in investments.

In 2019, 82% of the vehicles manufactured in Spain were exported to over 100 countries. In 2019, 2,310,070 vehicles were destined for foreign markets, with nearly two million exported to EU countries, and exports to destinations outside the EU increased significantly.

Exports to Africa, primarily Algeria, Egypt, South Africa and Tunisia were up 48.5% and also increased in other destinations outside of the EU like Mexico, Brazil and Chile.

Why invest
in the automotive industry
in Spain?

Spanish production plants are among the most efficient and automated in Europe, with 1,000 industrial robots for every 10,000 employees. This industry is one of the largest investors in modernization, automation, and RDI of any industrial sector, and provides full value chain flexibility in the industry. The Spanish auto supply industry accounts for 75% of the vehicle’s value.

Spanish production plants are among the most highly automated in Europe, with one of the highest rates of investment in modernization, automation, and RDI of industrial sectors. The industry’s top ranking in technology is due to a cutting-edge network of universities, technology centers and industrial clusters.

1,000 automotive suppliers from 720 business groups are in the country, guaranteeing service and supplies for manufacturing plants. The spare parts industry invoiced €37.17 bn in 2019 and invests 4.2% of its turnover in RDI.

Spain is an ideal logistics platform for export to international markets.  Over five million vehicles are transported via Spanish territory each year. 82% of the vehicles manufactured in Spain are exported to over 100 countries. Public and private investment in infrastructures and logistics platforms is a strategic objective for maintaining industry competitiveness.

Recycling in the automotive industry

The automotive industry is facing the challenge of digital transformation, the automation of its plants, the digitization of the process and use of technologies such as big data and additive manufacturing. These new manufacturing technologies will shape the industry of the future and be a key factor in the industry’s competitiveness.

The use of lightweight materials to reduce the weight of a vehicle and hence greenhouse gas emissions, requires the introduction of new technologies by spare parts suppliers to provide lighter materials with new features.

This comprises the use of recyclable or recycled materials in the manufacture of automobiles to comply with European regulation that requires the reuse and recycle of 95% of the vehicle weight.

This opportunity involves all agents in the sector: on the one hand, spare parts manufacturers and the assembly industry should prioritize the use of recyclable materials and invest in R&D to promote recycling their materials; and on the other hand, the industry's maintenance services, or auto salvage yards, should increase their capacities and resources.

The introduction of electrical energy as a means of propulsion is an option for sustainable mobility. The development of new propulsion systems is generating important challenges and opportunities in the automobile spare parts industry.

Manufacturers will have to supply electrical propulsion systems, including electrical engines and power electronics, batteries, and energy recovery devices for brakes.

The new marketing models offered by ICTs are an opportunity for all agents involved in the process of selling a vehicle. It allows them to capture and attract customers through more innovative models and can also serve as a channel to engage and communicate with the customer, favoring a post-sales relationship.

Connected cars allow data to be transferred via the Internet by means of an integrated communications module or other devices such as smartphones. Services for smart car users are related to road safety (eCall, vehicle theft alert, geolocation and speed control), infotainment (internal Wi-Fi networks, multimedia content streaming, connection to social networks), traffic efficiency (available parking places, better fuel prices, real-time traffic), reduction in costs (monitoring dangerous behaviors, computerized dealings with insurance companies) and interactivity with the system (call center with the manufacturer, remote control, parking meter payment). This shift in trend is an opportunity for the sector’s entire spare parts industry, which can increase its market share and its product range.

Distribution
of automotive components (% of companies)

Brahm Spain is an Indian company engaged in the machining and assembly of all types of iron, steel, aluminium, titanium and other ...

In 2010 Mercedes-Benz presented its 100% electrically powered van based on the Vito light van manufactured ...

Mercedes-Benz is a German brand of cars, buses and lorries belonging to Daimler AG (formerly known as Daimler-Benz and DaimlerChrysler). The ... 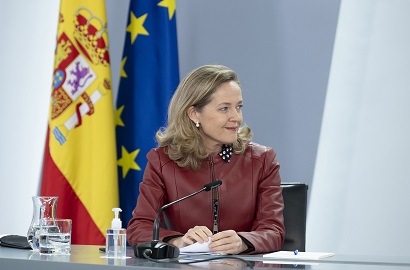