Home
Why invest in Spain?
Infrastructures

50 airports, most with direct international connections.

The largest network of highways and freeways in the EU (over 17,000 km).

The third most extensive high-speed rail network in the world (3,402 kilometers).

152 logistics parks and the largest logistics platform in Europe, with over 1.3 million m².

The best ratings worldwide for the quality of its railway system, roads and airport services.

among the most competitive and reliable in the world.

Land for new business developments as well as office and warehouse space are available in practically all of Spain.

672 airlines connect Spain with the Americas, Europe and the Middle East. 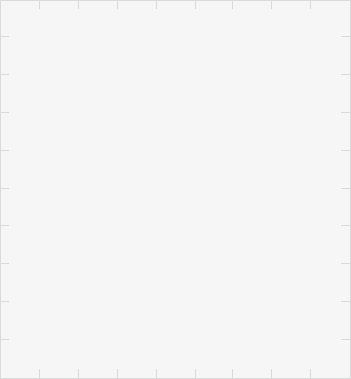 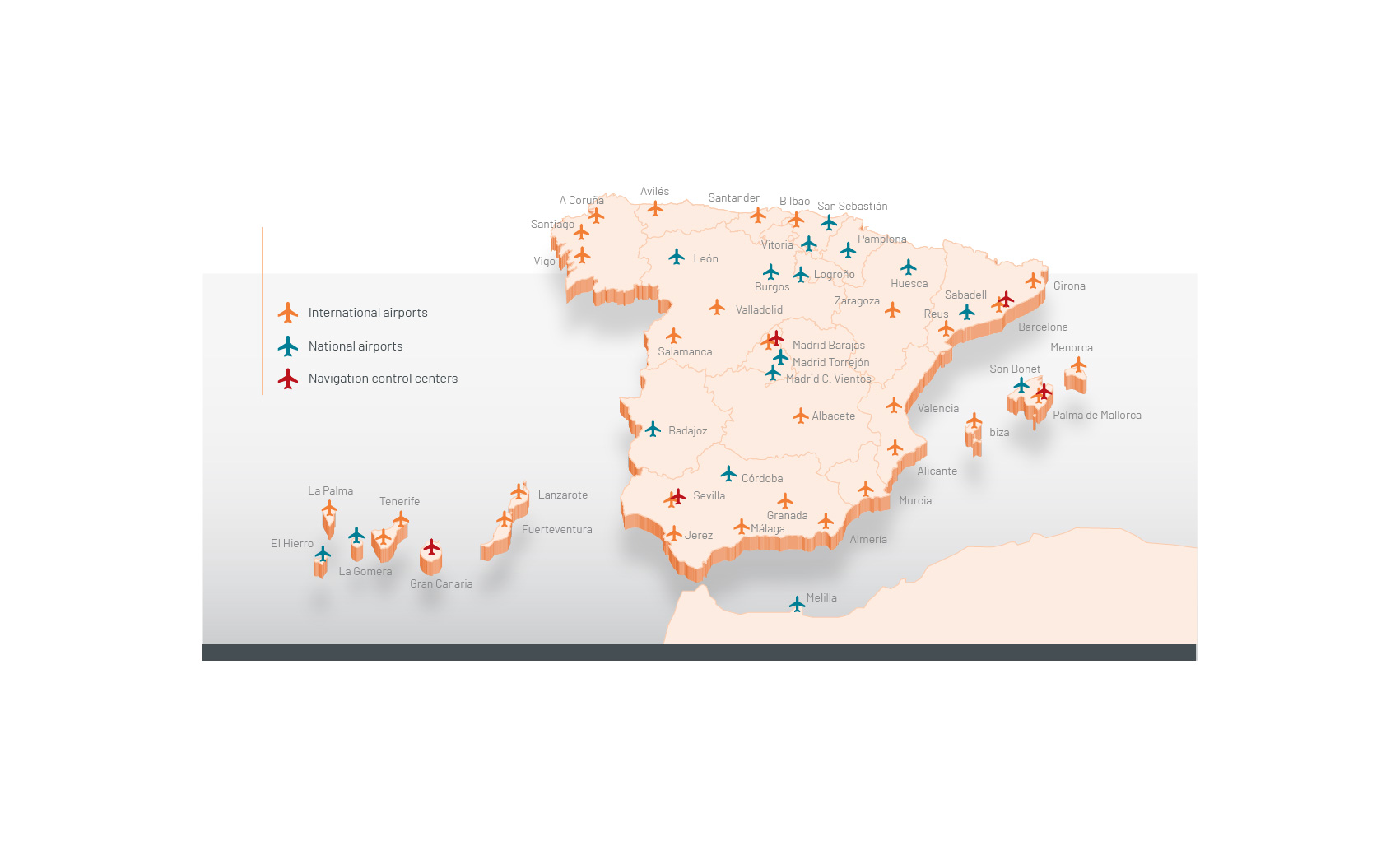 The most extensive high-speed rail network in Europe

Spain is a world leader with over 15,000 km in high-speed and conventional railways.

Spain has completed its conventional railway lines for the TEN-T Trans-European Transport Network.

More than 560 million tons of goods a year move through Spain’s 46 ports. One in 4 tons are transported to other countries or continents.

It ranks third on the continent in maritime passenger traffic, with over million travellers a year.

Spain is the second leading European country in container port moves, and home to three of Europe’s most important ports (Valencia, Barcelona and Algeciras).

Spain has the largest network of highways and freeways in Europe

Spain’s network of excellent highways and freeways extends over 17,000 km, much higher than the European average. 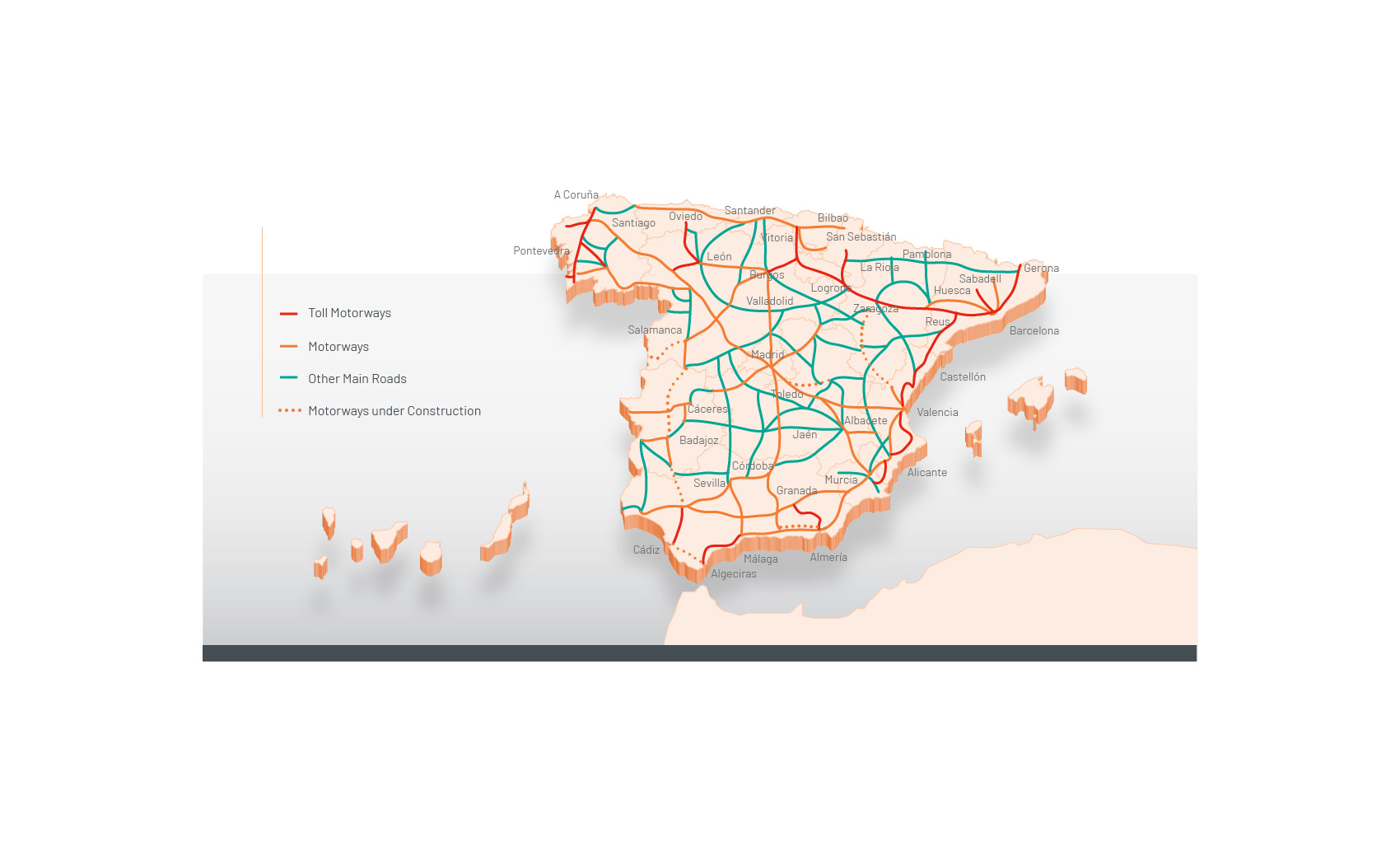 Spain has over 70 logistics nodes strategically distributed throughout the country to boost business opportunities in the provinces.

Spain has a broad network of dry ports, including Coslada, the major dry port of Madrid, near the Barajas Air Freight Facility.

There are 152 logistics parks in Spain covering a total area of 58.7 million square meters, according to Informa's DBK Sectorial Observatory report.

The highest concentration of parks is in the autonomous communities of Catalonia, Andalusia, Valencia and Madrid, however, in terms of size, the largest logistics platform in Europe is in the region of Aragon.

Spain is one of the most advanced countries in 5G Internet

Spain has the highest FTTH (fiber to the home) penetration rate of any country in the European Union.

Furthermore, ultrafast broadband covers 87% of the country, compared to 60% in Europe.

The 2019 DESI report (Digital Economy and Society Index) ranks Spain eighth among countries best prepared for 5G technology deployment, having auctioned 30% of its frequency spectrum compared to an average 14% in the EU.

Spain is also one of the countries to complete more tests, with pilot projects throughout the entire territory, some of which were funded by the 5G Research in Horizon 2020. And thanks to the deployment by the main Spanish telecom operators, Spain is a leader in commercial 5G. 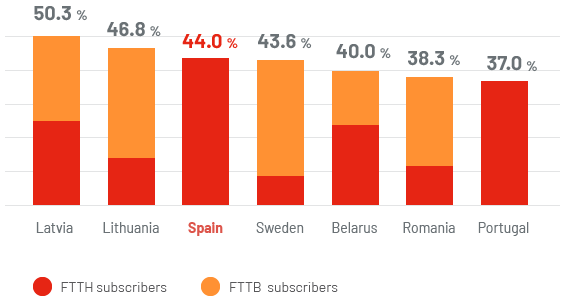