Home
Events
WEBINAR. Presentation of the Survey: "The business climate in Spain. Assessment of Canadian companies"

WEBINAR. Presentation of the Survey: "The business climate in Spain. Assessment of Canadian companies"


Website
ICEX-Invest in Spain will participate in the presentation of the survey: "The business climate in Spain. Valuation of Canadian companies", organized by the Chamber of Commerce Canada Spain - CCCE.

The Executive Director of ICEX-Invest in Spain, Elisa García Grande, will report on Canadian investments in Spain and will present the tools and services that Invest in Spain can offer to companies that are planning of investing in Spain.

The survey will be presented by Enrique Fanjul, partner at Iberglobal Consultoría de Internacionalización. The event will also be attended by the president of the Canada-Spain Chamber of Commerce and head of DBRS Morningstar in Spain, Zulema Aragonés Monjas, the commercial advisor of the Canadian Embassy in Spain, Mazen Mahfouz, and the head of Economic and Institutional Affairs of the Bureau de Québec for the Iberian Peninsula, Alfons Calderón.

The event will be completed with a round table and debate entitled “The future of Spain-Canada economic relations: challenges and opportunities”, in which the chief economic and commercial advisor of the Spanish Embassy in Ottawa, Blanca Fernández Barjau; the director of International of the Chamber of Commerce of Spain, Jaime Montalvo; the deputy director of ICEX-Invest in Spain, Jesús Rubiera Fernández, and the managing director of Velto Renewables, Lucas de Haro. 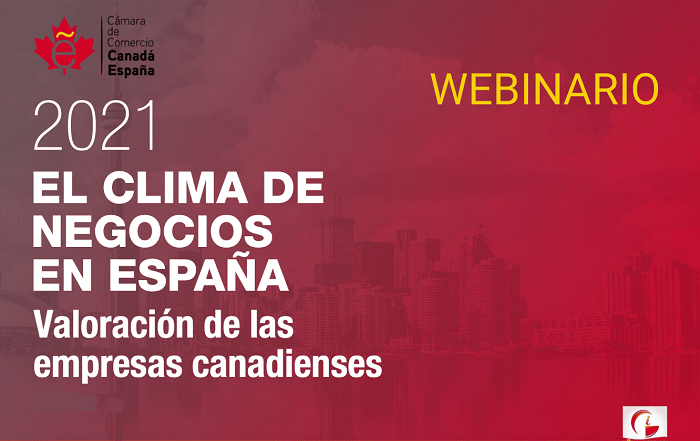