According to the report entitled “Sovereign Wealth Funds 2018", large-scale transactions in the chemical sector, consumption and eCommerce have edged out the construction sector as a destination for sovereign investment in 2018

The real estate market been the main object of desire for sovereign funds in the last three years. However, as can be seen from the report "Sovereign Wealth Funds 2018" published by IE University in collaboration with ICEX-Invest in Spain, large-scale transactions in the chemical sector, consumption and eCommerce have edged out the construction sector as a destination for sovereign investment in 2018.

In 2018, sovereign funds accounted for 80 billion dollars' worth of investment, 2% of the total global mergers and acquisitions.

Focus on technology: fintech, cybersecurity and artificial intelligence
Sovereign funds participated in 77 funding rounds with a technological focus – over one transaction a week – investing heavily in the United States and China, but also in India, United Kingdom and Singapore. By sector, biotech, fintech, mobility, artificial intelligence, cybersecurity and cloud computing companies attracted the most sovereign investment.

This trend is part of a mature investment strategy by sovereign funds, which are increasingly diversified in terms of sectors and asset classes.

“For the second consecutive year these investments have surpassed the one billion euro mark, highlighting the significant interest of these investors in the Spanish economy” notes María Jesús Fernández, Executive Director of ICEX-Invest in Spain. “We are delighted to see that the work we started seven years ago has confirmed our initial perception that sovereign funds would become a key actor in the economy worldwide and in Spain”.

Co-investments
The report entitled "Sovereign Wealth Funds 2018" by IE University in collaboration with ICEX-Invest in Spain also includes a detailed analysis of the co-investment transactions featuring sovereign funds in the last decade. The main conclusion is that it is not easy to coinvest: the extremely high capacities required to do so explain why only 22 of the 91 sovereign funds engaged in substantial co-investment transactions in the last ten years.

The paradigm for sovereign co-investment is the case of RDIF. This Russian development fund has signed agreements with over ten sovereign funds, from Qatar and Kuwait to China, South Korea and Turkey. RDIF has managed to attract or secure 40 billion in investment in Russian companies since its creation eight years ago. RDIF is a perfect example of the sovereign co-investment model, where a public entity serves as a catalyst for attracting foreign sovereign capital investment and channels it toward domestic companies. This has been replicated in Italy, France, Ireland and more recently in Spain with the creation of the Spain-Oman Private Equity Fund (SOPEF), still in the investment phase.

In addition to co-investment between sovereign funds, the report describes the “friends of sovereign funds” which include major insurance groups, alternative asset managers, and frequently, their colleagues from Canadian pension funds with whom they share public ownership, a long-term investment horizon and an interest in large volume non-liquid assets.

Green assets
“Green assets”, an emerging trend already noted in last year's report, continue to develop. In December 2017, six sovereign funds created the One Planet Group with the mission of accelerating the integration of financial risks and opportunities linked to climate change in the management of large asset pools. Paradoxically, five of the six founders of this workgroup are sovereign funds that are fed with the export of petroleum or natural gas. 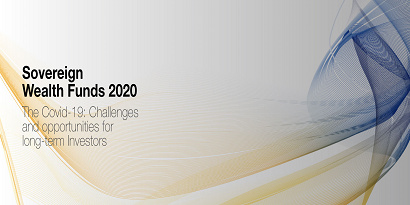 Forty-eight R&D projects by foreign companies will be eligible for grants from ...