Spain ranks fourth for most greenfield projects received in 2021

Other industries Why Spain Entrepreneurship 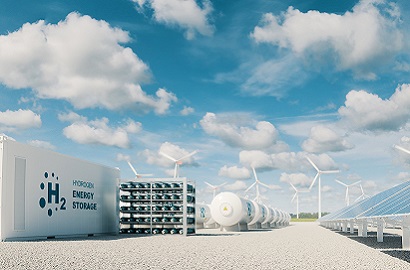 Investment in the establishment of new companies in Spain exceeded 26.6 billion euros

Spain was the fourth country in the world in 2021 in terms of the most greenfield projects received from foreign direct investment, behind the United States, Germany and the United Kingdom, and ahead of powers like China, France and Japan. This is stated in the fDi Report 2022, produced by fDi Intelligence from the Financial Times Group.

This comprehensive work, which analyses foreign direct investment each year, places Spain in a very good position. Together with Germany and the United Kingdom, Spain accounted for more than two fifths of the foreign direct investment (FDI) projects that Europe received last year, with a total of 675 (827 if retail projects are included). In addition, this type of project created almost 50% more jobs in 2021 than in the previous year.

Particularly productive
Generally speaking, foreign direct investment (FDI) recorded some very good quantitative results in Spain in 2021. However, it is greenfield projects that stand out the most as these refer to the first investment made by a company in a country. From an economic point of view, this makes them particularly productive as they involve the construction of new facilities and the hiring of new employees.

More specifically, greenfield projects in Spain brought in capital investment of around 26.6 billion euros in 2021, more than double the amount received in 2020. A significant percentage of this figure was allocated to the renewable energy industry, where Spain was the largest recipient of greenfield projects worldwide.

The report highlights two excellent examples related to solar energy: the 342.2 million euros invested by the United Kingdom’s Esparity Solar Holdings in nine projects; and the 216.8 million euros provided by Norway’s Statkraft for the development of four solar power plants.

High technological and innovative content
With respect to renewable energy, Spain came first in the European ranking of greenfield investment recipients for the development of clean hydrogen. This was due to the 4.3 billion euros raised, which resulted in the creation of 1,591 jobs. In addition, Spain came second in the ICT and internet infrastructure sector, as well as fourth in projects involving innovation and development activities. These data reveal the high technological and innovative content of these types of projects in Spain.

According to the fDi Intelligence report, foreign investors see Spain as a destination of the future. In the field of foreign startups, it is the third largest destination for greenfield investments, behind the United States and the United Kingdom.

Job creation
As for the overall calculation of FDI, the figure more than doubled from 2020. Once again, a large part of these investments came from the renewable energy industry, with the report highlighting EDP - Energias de Portugal and Italy’s Enel. FDI-led job creation grew by 46%.

According to the Foreign Investment Register published by the Secretary of State for Trade at the Ministry of Industry, Trade and Tourism, in 2021 the flow of foreign productive investment in Spain grew by 17.7%  in gross terms and by 61.5% in net terms compared to the previous year. This is the second best result of the last decade, only surpassed by the investment in 2018, which saw a historic record in foreign investment.