The agreement lowers some taxes and encourages Japanese investments to be made directly, without any vehicles domiciled in third countries

The new double taxation agreement between Spain and Japan came into force on 1 May, and will give a boost to Japanese investment in Spain and Spanish investment in Japan by establishing a more favourable scenario for this type of operation. Even though the agreement is already in force, part of it will not take effect until 1 January 2022.

The new agreement replaces the one that had been in force since 1974, which responded to an economic reality that was very different from the current one. Firstly, for the current scenario it included very high tax rates for dividends, interest and royalties. Furthermore, when the agreement was drafted, Spain was basically an importer of capital and technology, and Japan was an exporter of capital to Spain. Today, Spain is now the 13th largest overseas investor in the world in terms of stocks.

Secondly, the outdated nature of the old double taxation agreement created certain distortions, such as the fact that more than half of Japan's productive investment in Spain was implemented through investment vehicles or entities domiciled in European third countries, mainly the Netherlands and Luxembourg. One of the main objectives of this new agreement is to encourage Japanese investments in Spain to be made directly and, in this way, to save on the structural costs involved in these types of triangular operations.

The entry into force of this new agreement is excellent news as it will help to attract investment in Spain from Japan, which is the third largest economy in the world in terms of nominal GDP and with an extraordinary industrial capacity. Its industrial sector accounts for more than 25% of its GDP and its manufacturing output is the third highest in the world. In fact, there are 207 Japanese companies in the Forbes Global 2000 list, which ranks the world’s 2,000 largest publicly listed companies.

Japanese companies invest the most abroad
Moreover, this new agreement comes at a very good time when major Japanese companies have been increasing their overseas investment significantly. In the aftermath of the 2011 earthquake and tsunami crisis, and the subsequent Fukushima nuclear accident, Japanese companies decided to diversify the geographical risk posed by the accumulation of most of their industrial assets in Japan.

In fact, according to figures from the United Nations Conference on Trade and Development (UNCTAD), Japan has been the country whose companies have invested the most abroad for two consecutive years. In 2018 and 2019 alone, Japanese multinationals invested more than USD 400 billion outside their borders, equivalent to the entire GDP of a country like Denmark.

At present, Spain already receives significant amount of Japanese investment. According to data from the Foreign Investment Register at the Ministry of Industry, Trade and Tourism, Japan is the tenth largest investor in Spain, with more than EUR 10.347 billion. The number of Japanese companies registered in our country is 352 and the direct jobs created amount to 35,238.

See the main new features of the new agreement text in the attached table. 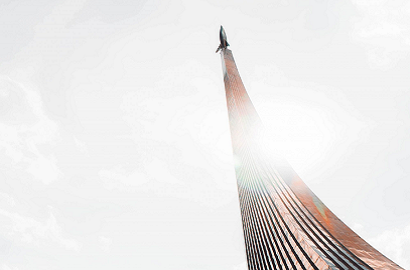