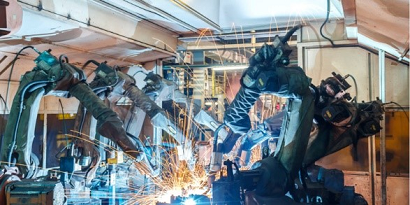 Two years after its acquisition of Opel, the PSA group once again makes automotive industry headlines with a major market shake-up. This is its possible merger with the FCA group, currently in the negotiating stage with both parties according to the joint press release issued on October 31. As has been emerged from the negotiations, the resulting company will be divided equally between both companies' shareholders.

The new challenges facing the automobile sector, which must adapt to market demands such as connectivity, electrification and shared and autonomous mobility, have prompted the two groups to consider joining forces. This will allow them to pool their R&D resources and become the world's fourth's largest automobile manufacturer, with sales of 8.7 million vehicles a year.

Continuation of the plants
According to the negotiators for both parties, the potential synergies are estimated at around 3.7 billion euros a year. So to allay the natural trepidation caused by this type of news, the parties underline that they are not considering any plant closures. This is good news for Spain, which although it has no plants belonging to the Italian group, is home to three plants owned by the French manufacturers, in Vigo, Madrid and Zaragoza. The Madrid plant currently has 1,673 employees, whereas Vigo and Zaragoza have around 5,700 each.

Thanks to the three PSA factories, the French group is the main automobile manufacturer in Spain. The production figure for 2018 was 916,820 vehicles – 32.5% of the total manufactured in Spain – of which 86% went for export.

Efficient allocation of resources
According to the press release, the synergies calculated will come “from a more efficient allocation of resources for large-scale investments in vehicle platforms, powertrain and technology and from the enhanced purchasing capability inherent in the combined group’s new scale”. Of course it will be necessary to wait for four years and invest around 2.8 billion euros before these synergies can be achieved.

The merger will be materialized through the creation of a new parent company located in the Netherlands, and the governance structure will be equally balanced between the shareholders, with a majority of independent board members. The board of directors will be formed of 11 members, five of whom will be directly appointed by each group. John Elkann, FCA's current chairman, will head the resulting group, while PSA will appoint the vice chairman, the main independent director and the chief executive, who will also serve on the board and will in all likelihood be Carlos Tavares, current chairman of PSA.

A bright future
According to Carlos Tavares: “This convergence brings significant value to all the stakeholders and opens a bright future for the combined entity. I'm pleased with the work already done with Mike [Manley] and will be very happy to work with him to build a great company together”.

For his part, Mike Manley, CEO of FCA, says: “I'm delighted by the opportunity to work with Carlos and his team on this potentially industry-changing combination. We have a long history of successful cooperation with Groupe PSA and I am convinced that together with our great people we can create a world-class global mobility company”.