Figueruelas will assemble batteries for the PSA Group in 2021 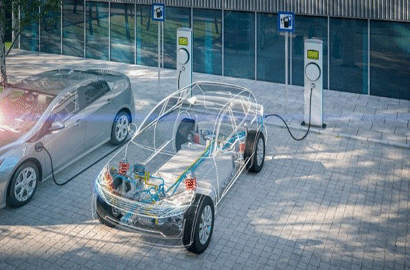 The battery workshop of the PSA group in Vigo (Pontevedra) has already been operating for one year and has the capacity to produce up to twelve batteries per hour, for an expected yearly total of up to 80,000 batteries. The company has opened a very similar workshop in the Figueruelas plant (Zaragoza) thanks to the success achieved after commissioning the Vigo workshop and also due to the high demand for the Opel Corsa-e electric vehicle. This new workshop will provide the necessary support and become an essential element of the company's vehicle electrification strategy.

PSA states that, currently, the batteries of the group's electric vehicles manufactured in Spain are assembled at the PSA battery workshop in Vigo, with as production rate of 300 batteries per day. These are 50 kW ion-lithium batteries that weigh 350 kg. They are mounted directly on the vehicle chassis and are made up of a single compact piece, designed for the e-CMP platform, the construction base for electric vehicles of all group brands.

Start-up during the third quarter
The new battery workshop in Zaragoza will be very similar to the workshop in Vigo. It is expected to be opened during Q1 of 2021. The plant installations, facilities and staff will be ready to assemble of the modules of the Opel Corsa-e electric vehicle, which will become the first and main model on which the batteries assembled at this plant will be mounted. Undoubtedly, the logistics cost savings will be huge.

Therefore, Figueruelas will not only be responsible for the global manufacturing all Corsa models but also assemble the batteries of its electric version. The new workshop will be located in building no. 42 of the Zaragoza plant, with a total surface area of more than 5,000 m2. In addition, it will have enough space for future expansions that might be required for expanding the battery assembly capacity, as required for other electric models and versions.

Demand for Corsa-e
9.9% of all new vehicles registered in Europe during Q3 of 2020 are electric, but Corsa has managed to greatly exceed this figure, i.e., 16% of all Corsa units are now manufactured with a clean and sustainable motor.

Juan Antonio Muñoz Codina, General Manager for the Iberia Cluster of PSA Group and of the Zaragoza plant explains this, "a little over a year ago, King Philip VI was the first to drive what was then an ambitious project for a sustainable future: the Opel Corsa-e. Only 13 months later, the electric version of Opel Corsa already represents 16% of the production of this model at the Zaragoza plant of PSA Group. This figure is proof of our proposal's success, the flexibility of multi-energy platforms and adaptation capacity of the Group's Spanish plants".

According to El Periódico de Aragón, Javier Lambán, President of the Autonomous Community, stated that this investment is "the first of a long-term investment plan, worth €220 to €230 million, which the company will make over the next few years to make progress in the transformation of the plant towards a model based on electro-mobility, sustainability and digitalization". This newspaper also mentioned that "according to the estimates of the trade unions", approximately one hundred people worked in these workshops, although only 60 will be working at the start of operations.

New workload for the Vigo plant
Likewise, the company has announced the launch of fully-electric versions of its range of light commercial vehicles during 2021: Peugeot e-Rifter, Citroën ë-Berlingo, Opel Combo-e Life and Vauxhall Combo-e Life. The Vigo plant will be responsible for manufacturing these four models and for assembling their batteries.