After the fourth edition, which has been affected by the coronavirus pandemic, but which has been carried out in its different phases helping the participating companies in their implementation process in Spain by adapting ourselves to the new situation, we have been able to verify the opportunity and need to launch the fifth edition of the Rising Up in Spain Program in December 2020. After a registration period that was extended from 60 to 90 days compared to previous editions, 355 applications have been received from foreign startups from more than 60 countries, thus consolidating the global reach of the program, but with a strong LATAM. Almost half of the applications came from LATAM countries, undoubtedly led by Argentina, which accounts for more than 20% of the application. Outside the scope of this region, Russia stands out in second place, with more than 11% of applications. In this edition, 6.5% of the companies that applied are from the United Kingdom, we assume because of Brexit. The winning companies come from 10 different countries, with Chile being  the country with the most companies (3) followed by Argentina, the United States, and the United Kingdom, each with 2 startups. As in the previous edition, the company with the highest score comes from Israel.

Drone technology applied to delivery services and a novl approach to solutions in industries such as healthcare, emergency services, and last-mile for e-commerce. www.rigi.tech

Storage renting platform that centers on unused space in shopping malls and incorporates technology for automated management of the space, including pick-up and delivery options as a last-mile solution for retailers. www.m3storage.cl

Agritech company that is developing the technology to large-scale farming of an alternative animal feed protein from duckweek on arid land. www.drygro.com

Novel coolant developed from bio-nanotechnology able to freeze at higher temperatures and at a faster rate by enhancing energy from proteins that results in important energy savings. www.pseudofreeze.com

Biotech working on neurodegenerative diseases that is developing technology to use a blood biomarker for the diagnostics of Alzheimer´s and an intranasal drug to treat its symptoms. www.neuro-bio.com

Software developed for the logistics and delivery industry, based on satellite and Wireless devices for tracing and fleet management in real time. www.wirsolut.com

Online platform that provides educational materials and resource recommendations for special needs children based on a psychological evaluation and profile. www.neekids.com

It´s concept project “Sovereign Citizen” aims to provide every global citizen with a data wallet and user-friendly interface to control the terms and monetization of their data by corporations, institutions, and governments. www.opscientia.com 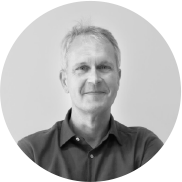