It pays 44.6 million euros for 100% of the manufacturer of crop protection products

Ciech has acquired a 100% stake in Proplan, a supplier of crop protection products headquartered in Spain and operating on three continents. Thanks to this transaction, the Polish company will gain access to new markets in southern Europe, Northern Africa, Australia and South America. It will also expand its holdings with a range of active substances and 126 product registrations, contributing to diversifying its portfolio and its operations.

The sales commitment signed at the end of May 2017 specified a transaction of 75% of the shares, which was subsequently raised in the final agreement to cover a 100% stake. The value of the transaction has been set at 44.6 million euros. The company will now become part of the structure of the Ciech group in the third quarter of the current year. In 2017, Proplan generated revenues for a total of 16 million euros and achieved high profitability.

Diversification
This is the first purchase by Ciech outside Poland in a sector other than soft drinks. According to Maciej Tybura, Chairman of the Management Board of Ciech: “The acquisition of Proplan allows for rapid foreign expansion thanks to access to many promising markets and a large portfolio of product registrations. Thus, we have entered a new stage of the agro business development within the group, combining the intellectual capital of the acquired company and the presence in new markets with Ciech’s scale of operations, its production capacity, as well as research and development facilities”.

Spain is Proplan's main operating market, and it also supplies its crop protection products to countries like France, Italy, Australia and some in North Africa. It is planning to expand to South American markets in the near future.

Its 126 registered products, plus five currently in the registration process, are an important asset for Ciech, as each one represents between three and five years of administrative formalities, in addition to the necessary investment for the preparation of the documentation and for R+D. Based on several analyses, the Polish group calculates that in the next five to seven years the market for crop protection products will grow steadily at a rate of around 2% year-on-year to a value of 65 billion dollars. The market for generic manufacturers, as is the case of Proplan, is expected to reach 4% a year. 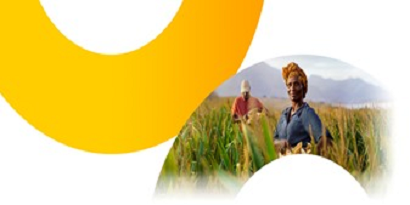