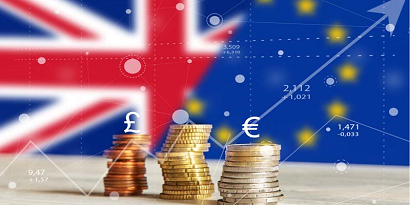 The divorce between the UK and the EU will create more than 2,500 jobs on the continent, according to EY

Madrid is battling with Milan to be the favored destination for investment banks to transfer their headquarters following Brexit. This is one of the conclusions of the study by EY entitled Financial Services Brexit Tracker, which forecasts the impact of the divorce between the United Kingdom and the European Union.

With only six months left for the final separation, and in the face of uncertainty as to whether there will be an agreement, financial services companies are concluding their plans to guarantee their business continuity and reduce the impact on clients to a minimum.

Until September 10, 35% of companies in the sector had stated their intention to relocate their operations and staff from the UK to Europe, compared with 30% in 2017. Those that have already relocated to some extent amount to 25%, compared with 19% last year.

With respect to the offices providing customer services, twenty of the biggest financial services companies based in the UK have confirmed that they would relocate in Europe. This accounts for 57% of the forecast job movements, according to the EY study. There is also relocation in areas such as sales, marketing and distribution.

Omar Ali, head of Financial Services at EY in the UK, explains: "Firms are no longer merely talking about their plans. Across Europe, the wheels are in motion on relocation and hiring strategies as firms make their ability to serve clients from Day One of Brexit their number one priority." He adds: "We are now approaching the wire on Brexit, and to avoid any heightened financial instability, regulatory approvals are urgently required from EU institutions."

Job creation
The exodus from financial centers is not only moving jobs, but has also created and will create other new ones, according to EY, which estimates that the sector will add 2,500 new jobs across Europe from the date of the referendum that decided the UK's exit from the European Union to the time when the divorce settlement is effective, and even after that.

With respect to the workers who will be relocated after Brexit on the continent (or on the neighboring island of Ireland), estimates continue to grow and there is now talk of 10,500 people. "A number of firms have identified Europeans in their UK employment who want to move back home, and many of the more senior roles are being filled with relative ease," explains Omar Ali. But, of course there are inherent challenges and costs to relocating staff and setting up new offices, and something that is becoming increasingly clear is that short-term relocation or commuting to the continent is seen as undesirable - by both local EU regulators and employers - due to the expense, organizational complexities and tax implications."