Infinity Lithium boosts its project to extract lithium in Caceres 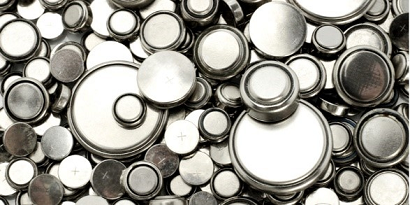 It plans an initial investment of 280 million euros and will create more than 1,000 jobs over 30 years

Infinity Lithium has completed a feasibility study for its project to extract and process lithium in San José de Valdeflórez (Caceres), including the production of lithium hydroxide for batteries. The study examines the potential technical and economic feasibility of the project, and estimates the investment needed for its launch is 280 million euros.

The study prepared by Infinity Lithium calculates the useful life of the lithium production project at 30 years, longer than the calculation in the initial project. The mining activity will last for a total of 19 years "through a highly advanced industrial process and without risk to the environment," according to the company. Production will be prolonged thanks to the amount of the raw material.

A growth market
As the company explains, the project will involve the creation of jobs and over 900 million euros in taxes, most of which will stay in Extremadura. It will also put the region and the whole of Spain on the map of supplementary activities in the production and technology of lithium-ion batteries, which are essential for the future of the automotive sector. Lithium is a strategic mineral for the development of renewable energies. Calculations estimate that its consumption will multiply eightfold through 2030.

Together with the mining operations an industrial plant will be built to process all the lithium extracted from the Valdeflórez deposit and make it into lithium hydroxide, an essential component for the manufacture of rechargeable lithium-ion batteries, particularly the lithium-ion batteries used by electric vehicles. Infinity Lithium calculates that more than ten million electric vehicles could use batteries thanks to this project.

Job creation
The construction phase of the project will create up to 310 jobs. Once in operation, it will use 40 employees for the extraction and 155 for the operation of the plant. As the company explains, they will be "quality jobs, with a far higher remuneration than the regional average, and with continuous training." An estimated 800 indirect jobs are also expected to be generated through activities such as maintenance, logistics, consulting and security.

The European Battery Alliance (EBA), an institution set up by Maros Sefcovic, the Vice-President of the European Commission, in 2017, estimates that the lithium-ion battery market will be worth 250 billion euros in 2025. So far China has dominated the battery market for electric vehicles, and has invested large amounts in the sector. Europe is the second biggest global consumer of electric vehicles and wants to retain a part of the market.

Sefcovic recently supported the San José Valdeflórez project at an EBA meeting: "Infinity Lithium is planning on producing 15,000 tonnes of lithium in Spain and is in negotiations with four European players. Automakers should be very interested in this project," he explained.