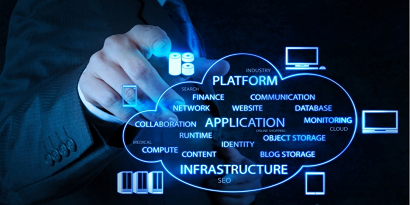 This represents an investment of around 2.5 billion euros and the creation of 1,500 jobs

The Ministry of Industry, Commerce and Tourism, through ICEX-Invest in Spain, has supported the US multinational Amazon in the implementation of a new European center for technology services in Spain. ICEX Invest in Spain advised Amazon Web Services technology subsidiary throughout the whole process and set up top-level meetings with both the central and local governments for decision-making by the multinational.

Amazon Web Services (AWS) will launch its seventh region in Europe for cloud computing technology services. Specifically, it will open three data centers in Aragon, which will be established on the Huesca logistics platform (Plhus) and in the locations of Villanueva de Gállego and El Burgo de Ebro in Zaragoza.

The Spanish region will be AWS's seventh in Europe, and will join existing regions in Dublin, Frankfurt, London, Paris, Stockholm and Milan. The three AWS centers in Spain are expected to open at the end of 2022. It is predicted that this project will generate around 1,500 jobs over a period of ten years and represent an investment of 2.5 billion euros.

The new AWS Europe (Spain) Region will enable local customers with data residency requirements to store their content in Spain, with the guarantee that they retain complete control over the location of their data. AWS first became established in Spain in 2012 and since then has maintained its commitment to the country and extended its offer of services both in Madrid and Barcelona. This is the strategy that will now be enhanced by the company's new European centre for technology services in Aragon.

According to Peter DeSantis, vice president of global infrastructure and customer support at AWS: “Opening an AWS Region in Spain will drive more technology jobs and businesses, boosting the local economy, while enabling organizations across all industries to lower costs, increase security, and improve agility”.

Spain’s acting Prime Minister Pedro Sanchez considers that “this investment from AWS will allow Spain to fully adapt to the digital transformation and develop as an international center of innovation and technology”.