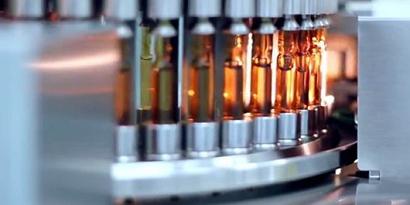 It employs 45,000 people in Spain, 52% of whom are women. Two-thirds have higher education qualifications

The pharmaceutical industry drives the economy in Spain and in most developed economies. It is one of the main sources of added value, quality employment and competitiveness, according to a report entitled “El valor del medicamento desde una perspectiva social 2021" (The value of medicines from a social perspective 2021) and compiled by the Weber Foundation, specialised in health economics, with the support of Farmaindustria.

The first edition of this report was published in 2018. Weber Foundation Chairman Alvaro Hidalgo explains that now, after three years: "It has become necessary to publish this update in order to review the latest data, gather new evidence and review successful new experiences."

Threefold approach
The report focuses primarily on three aspects: improvements in quality of life and life expectancy as a result of innovative medicines; their contribution to the effectiveness and efficiency of the health system and to raising labour productivity levels; and their key role as an engine of the domestic economy.

Juan López-Belmonte, CEO of Farmaindustria, says: "This document offers scientific evidence to show that innovation in medicines is not an expense but an investment; an investment with measurable returns from a threefold health, economic and social perspective." This idea is supported by Hidalgo: "In general, drugs are cost-effective therapies, so these are efficient interventions that are worth investing in."

Leader in R&D
According to the data in the report, the pharmaceutical industry is a leading investor in research and development around the world. The annual figure now stands at almost 154 billion euros and has grown steadily over the past 25 years. In Spain, in particular, this industry accounts for 18.9% of industrial investment in R&D.

According to the report, this investment not only leads to improvements in health and health systems but is a source of quality employment in the form of permanent, skilled and diverse jobs. The pharmaceutical industry in Spain employs 45,000 people, making it the high-tech industry that crates the most jobs, amounting to 47%. Two-thirds of these professionals have higher education qualifications and 52% are women.

Employment and wealth creation
The pharmaceutical industry also contributes indirectly to the economy by adding between one and two euros to other industries for each euro produced. It also benefits employment, as it produces up to four indirect or induced jobs for each direct job. This means that although they represent only 0.2% of industrial companies, pharmaceutical firms in Spain contribute to 2% of total employment, and create 2.2% of the turnover, 3.3% of value added and 4.2% of exports.

As López-Belmonte points out, this industry "drives a country's economy, which is particularly important in this time of crisis and with such a need for reactivation. It has demonstrated its ability to respond to an unprecedented global crisis." He concludes: "This reality must be at the heart of the strategy defined by a modern country like Spain in regard to innovation and access to medicines, which are a source of hope for patients and key levers of the  pharmaceutical industry's competitiveness".